The evolution of EPDM roofing technology

EPDM is cost-effective and easy to install, and has quickly become known for its exceptional hail resistance, UV stability, and weather resistance.

The Evolution of EPDM Roofing Technology

First introduced in 1962, EPDM single-ply roofing membranes became increasingly popular in the 1970s as the Middle East oil embargo drove up the price of asphalt-based roofs and lowered the quality of available asphalt. EPDM was cost-effective and simple to install and quickly became known for its exceptional hail resistance, UV stability, and weathering resistance due to the ross-linked nature of its chemistry and the UV-absorbing power of its raw materials.

Since its introduction, numerous enhancements have been made to the system components, making today’s EPDM systems far more robust and of more excellent value than ever before. There are four main areas in which significant enhancements have been made to EPDM system technology, improving performance and increasing importance for the building owner.

The first area of improvement was in EPDM seaming technology. In the 1970s, EPDM seams were created using white gas and a Neoprene-based splicing adhesive. However, the Neoprene polymer in the splice cement could break down and lose strength with prolonged exposure to ponded water. While most systems are designed to promote positive drainage, it’s pretty common to have small areas of ponded water on the roof for extended periods. In the mid-1980s, a butyl-based splice adhesive was developed instead of white gas to clean the seam area. Butyl-based adhesives were used in pond liner applications and are very tolerant of ponded water. The seaming process still involved a few steps, leaving seams prone to variations caused by craft techniques and installation conditions.

It wasn’t for another 20 years that customized primers and double-sided seam tape emerged. These products dramatically simplified the seaming process and reduced craft inconsistencies—the more variability taken out of a process, the more consistent the results. Around 2005, seaming elevated to the next level with EPDM sheets and factory-applied tape, in which splice primer and splice tape are pre-applied to one side of the sheet in a factory-controlled environment. This breakthrough in technology further decreased craft issues. It improved the quality of finished splices because contractors simply had to roller-apply primer to one side of the sheet and then mate the two sheets together with a seam roller.

The methods for angle change securement of EPDM membranes have also improved significantly. In the early days, wood nailing strips were used to hold the membrane in place at a 90-degree angle at the base of parapet walls. The EPDM membrane is loose-laid in ballasted roofs, which were the most popular design back in the 1970s, leaving it free to move. All roofing membranes shrink slightly as they age, and in a ballasted system, the shrinkage force is transmitted to the perimeter securement. Wood nailing strips performed well when new, but over time, they would dry-rot and pull out over the fastener heads, causing the membrane to “bridge” away from the wall. Wood nailers were replaced with extruded rubber/plastic nailing strips that improved the weather-ability of the nailer itself. However, they still lacked enough fastener pull-through strength for some large ballasted jobs, and bridging remained an issue.

In 1989, Carlisle introduced the RUSS (Reinforcing Universal Securement Strip) detail, in which a 6” wide reinforced EPDM membrane is held in place by fasteners and 2” metal seam fastening plates. EPDM field membrane is then spliced onto the RUSS with the same shear-resistant products used for seaming.It took three years of solid marketing and education to convince contractors to change to this revolutionary new detail. However, it’s performed extraordinarily well over the past 27 years and is still used today.

An externally reinforced sheet, fleece-backed EPDM, was introduced in 1996 and featured the highest puncture resistance of all the EPDM membranes. For a 60-mil membrane, adding external fleece reinforcement increases puncture resistance by approximately 300 percent. Because the sheet is externally reinforced, fleece-backed membranes contain a full 60 mils of weathering material above the reinforcement. Now contractors have the option of a 90-mil EPDM, which has twice the puncture resistance of the original 45-mil rubber and contains the most weathering material of any single-ply membrane on the market.

Flashing details for EPDM roofing systems have steadily improved over the past 50 years, and these improvements have significantly enhanced the overall quality and performance of EPDM roofs. From 1962 to the 1980s, wall and penetration flashings were manufactured from uncured Neoprene. This material formed and spliced very well, but its UV resistance was less than that of the EPDM membrane. Over time, Neoprene flashing would crack and craze and became one of the prime modes of failure.

Flashing made of uncured EPDM was introduced in the mid-1980s. Uncured EPDM flashing offered dramatically improved weathering properties and none of the surface cracking issues. Then, a line of prefabricated pressure-sensitive inside/outside corners, pipe boots, and pourable sealer pockets for EPDM systems was developed. These products quickly gained popularity because they simplified the application process and improved the quality of the finished roofing system. Today’s pressure-sensitive flashings feature a complete 60-mil EPDM weathering layer laminated to 30-mil cured adhesive for a 90-mil total thickness.This added thickness contributes to the durability and robustness of EPDM flashings.

In 1992, wall and curb flashing details were updated to require cured (as opposed to uncured) EPDM membrane for added toughness, durability, UV resistance, and weather-ability. This was a natural progression with introducing the RUSS detail that allowed the high-performance EPDM field membrane to run continuously into the angle change and up the wall.

EPDM: Time-Tested and Built to Last

Today’s EPDM systems are time-tested and built to last, and are very much in sync with the growing emphasis on sustainable construction. EPDM has earned an excellent reputation for weather-ability, hail resistance, and long-term value from over 50 years of real-world performance. Technological advancements such as seam tapes, primers, RUSS angle change securement, puncture-resistant membrane options, and more robust flashing details have made EPDM the system of choice for countless architects, contractors, and building owners.

Blackhawk Roofing has specialized in commercial and residential roofing since 1995. Over the years, we've built new and replacement roofs for thousands of customers in Central Illinois. 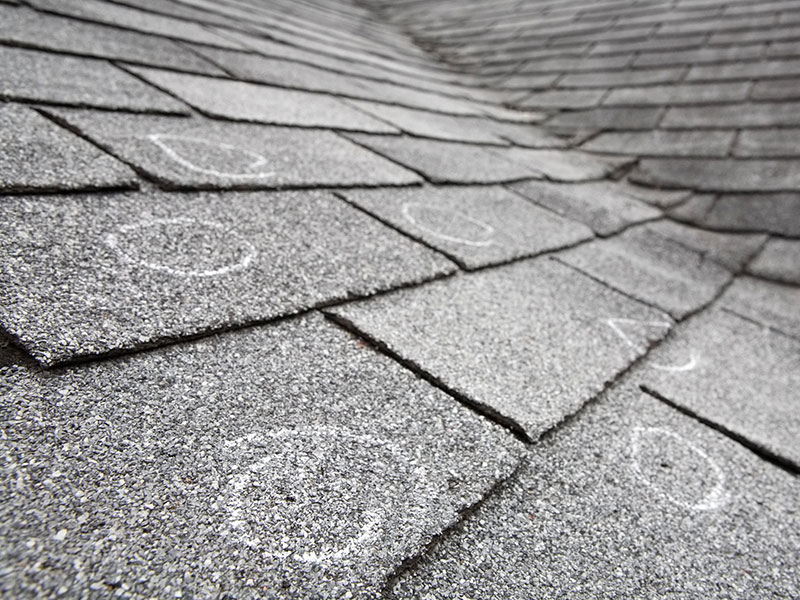 Signs of hail damage and what steps to take 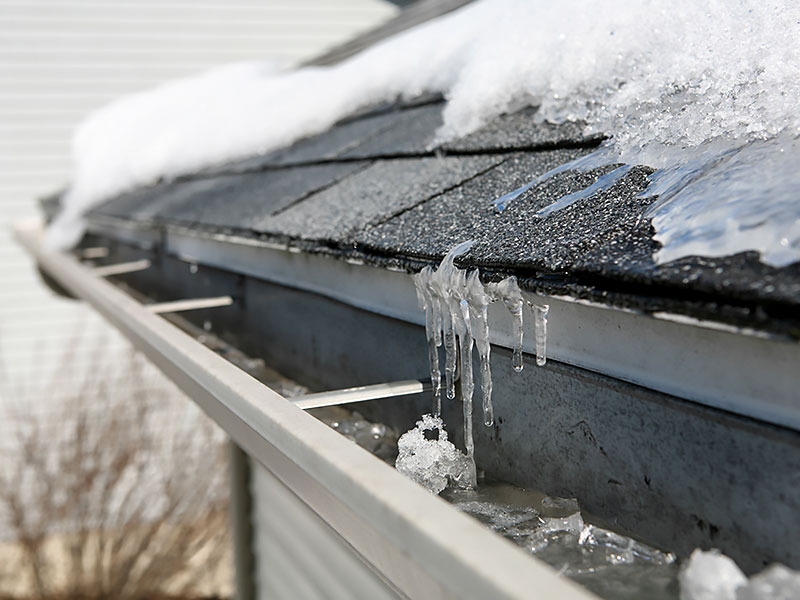 Everyday events that can damage your roof 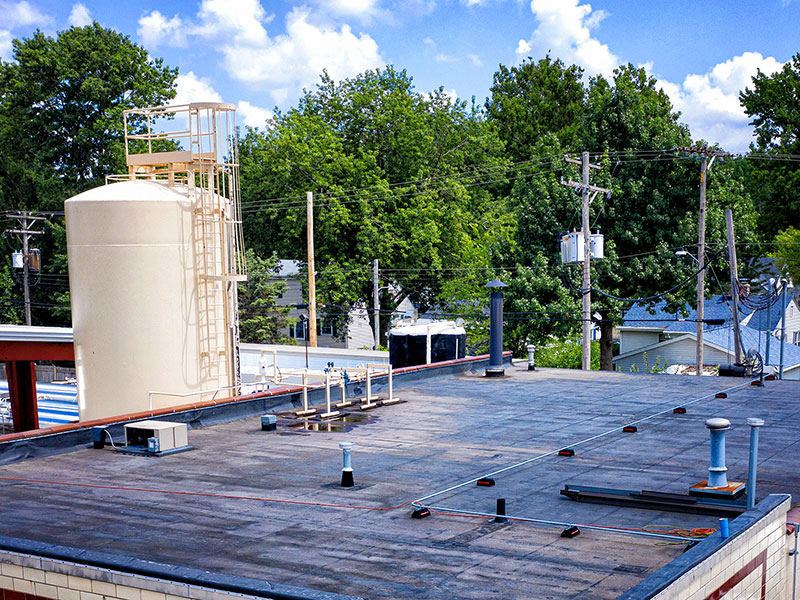 What to expect during a commercial roof replacement